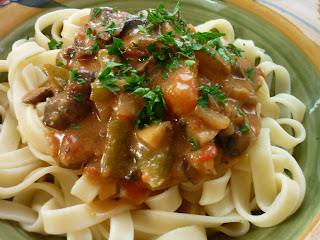 Traditionally, a goulash is a meat stew made with beef, tomatoes and onions and spiced with paprika.  This meatless and dairyfree version is full of mushrooms, tomatoes, onions and green pepper in a creamy sauce seasoned with paprika and goes perfectly with tagliatelli, noodles or rice. 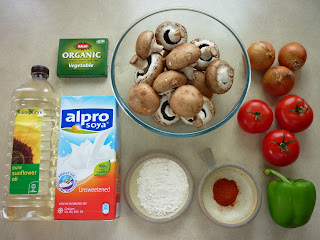 Peel and chop the onions. Heat the sunflower oil in a large casserole, add the onions and saute for about 5 minutes over a medium heat until softened but not brown.

Cut the peppers into quarters, core and deseed, then cut into slices. 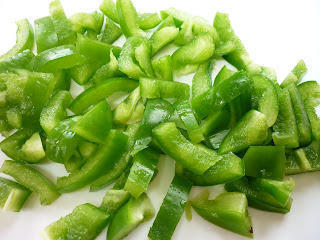 Add the peppers to the pan and cook for a few more minutes.

Wipe the mushrooms with a piece of dampened kitchen paper to remove any dirt. Then cut into thickish slices and add. 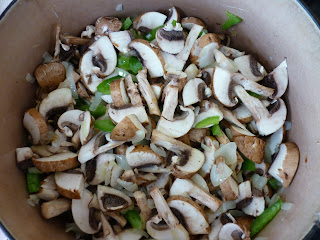 Stir well and cook over a medium heat for about 3 minutes until the mushrooms have just started to soften. 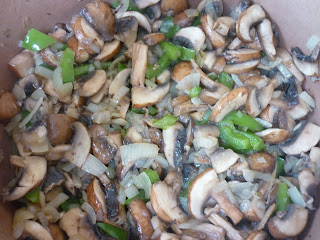 Now add the flour and paprika and cook for a minute stirring continuously. 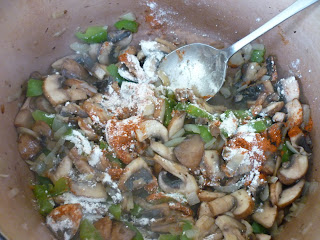 Dissolve the stock cube in 250ml boiling water and add to the pan with the chopped tomatoes.   Bring to the boil then reduce the heat, cover and simmer for 20 to 30 minutes. 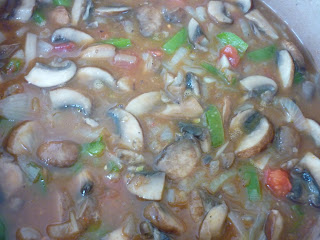 Remove the pan from the heat and stir in enough soya milk to produce a creamy sauce.  Season with salt and pepper. 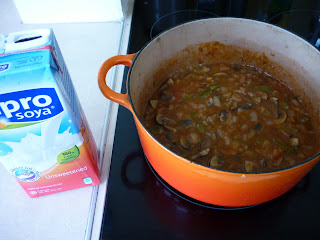 Serve with tagliatelle, rice or noodles. 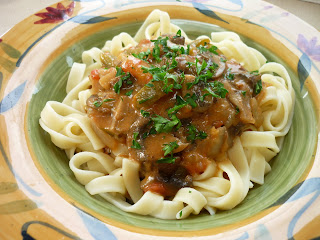 Optional extras:  Sprinkle with chopped parsley or top with a spoonful of Tofutti Sour Supreme or Alpro plain yogurt.