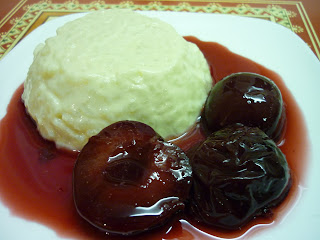 I find most dessert recipes contain far too much sugar and overpower the flavour of the natural ingredients.  Adding a little light muscovado sugar to the plums gives a rich rather than sugary taste.  With the rice pudding, using Alpro soya milk which is naturally  sweetened with apple juice means you can also reduce the sugar content in this dish to a minimum. 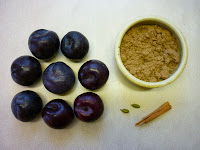 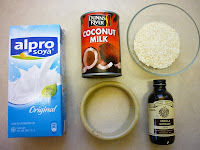 For the Coconut Rice Pudding:

Wash the plums, halve and stone them.  Put them in a saucepan with the sugar, cinnamon stick and cardamon pods. Add 200ml cold water. 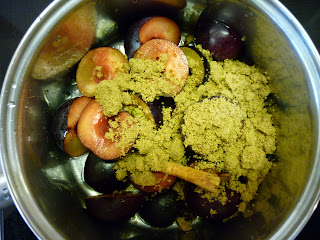 Bring to the boil, stirring occasionally to make sure the sugar has dissolved, then reduce the heat to a gentle simmer.  Cook uncovered for 20 to 25 minutes, gently turning the plums over until they soften but still keep their shape. 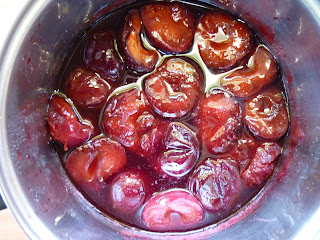 Remove the cinnamon stick and cardamon pods and leave to cool. 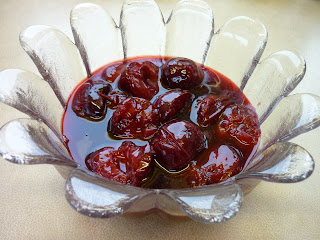 Meanwhile,  you can make your rice pudding.  Put the rice in a sieve and rinse well under cold running water.  Drain.

Place the rice, coconut milk and soya milk into a large saucepan and slowly heat to simmering, stirring frequently to make sure the rice doesn't stick to the bottom.
Don't leave the pan for a moment. Somehow milk always boils over just when you turn your back! 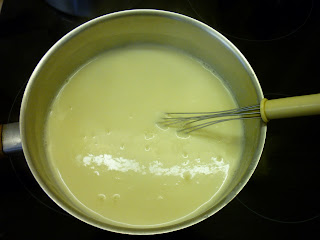 Reduce to a low heat and simmer for about 30 minutes, stirring occasionally.
Now add the sugar and vanilla essence, stir a little to dissolve, then continue to simmer for a further 10 minutes until the rice is tender. 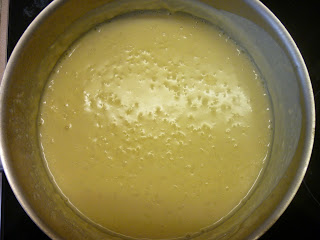 The mixture will probably still be runny but don't worry, it will thicken up as it cools.


You can serve the rice pudding and plums whilst they are both still warm or, for a special occasion, it's fun to fill dariol or pudding moulds or ramekins with the cooked rice.

Line the moulds with cling film, spoon in the cooled rice and leave to set in the fridge for a few hours or overnight. 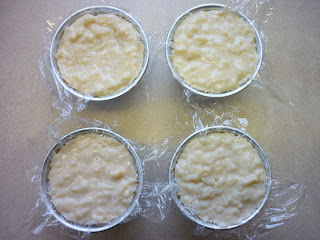 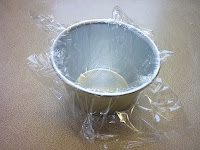 When you are ready to serve, turn out onto a plate, remove the cling film and spoon the plums around the side. 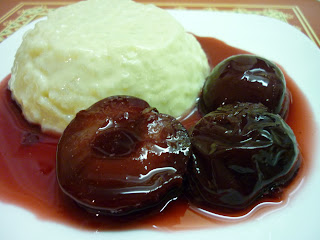