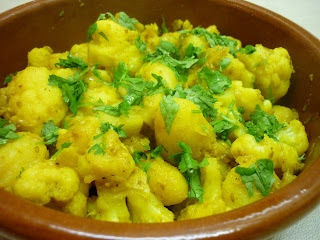 If there's one thing I'd like to achieve writing this blog, it's to introduce the idea that eating a mostly "plant" based diet is anything but boring!  Even though Eric and I eat fish, we don't eat it that often so most of our meals are likely to be based on vegetables in some form or other. The variety of vegetables available all year round means you can ring the changes and eat really well.


Potatoes and cauliflower are rarely at the top of most people's list of favourite vegetables but wait till you try them served this way!  The spices in this Indian dish transform the humble potato and cauliflower into something quite exotic.   There's more than enough for two people as a main course with rice and poppadoms. It also goes well with onion bhajis which I'll be posting later.


This recipe works best with a firm waxy potato that holds it's shape well so I use  the pink fir apple variety that I grow at home.  A Charlotte or Nicola potato will do just as well. 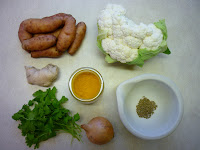 Prepare the potatoes.  If they're large, peel and cut in half, otherwise leave whole and unpeeled and parboil in salted water for 5 minutes. They will still be hard on the inside. Drain.

When cool enough to handle, peel away the skins and cut the potatoes into chunks. 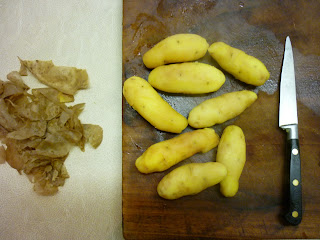 Cut the cauliflower into small florets.  Store the leaves for another day but you can use the middle of the stem if cut into small pieces. 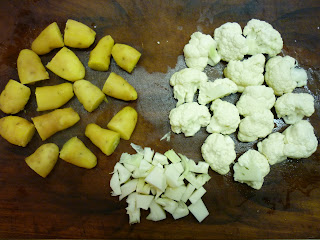 Put the cumin seeds into a pestle and mortar and grind to a powder. 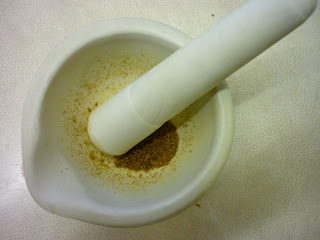 Peel and finely chop the onion and peel and grate the ginger. 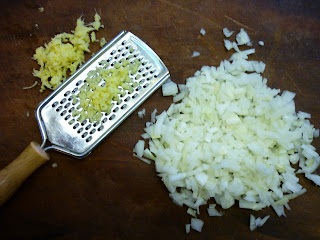 Heat the sunflower oil in a large frying pan.  I use a wide-based saute pan with a lid. Fry the onion and ginger until the onion is translucent but not brown.  Add the cumin and turmeric and cook gently for a couple of minutes stirring all the time to avoid burning. 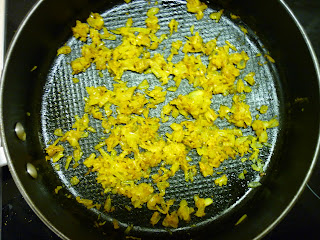 Add the potatoes and cauliflower to the pan and pour in 100ml of boiling water. Stir well to coat the vegetables in the spice mixture. Season with salt and pepper, then cover with a lid and cook gently for about 15 minutes. 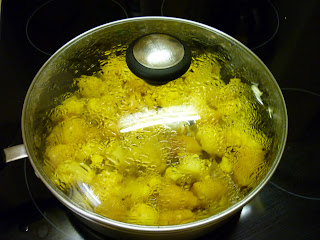 Keep checking that the mixture doesn't dry out and add more water as necessary so that there is plenty of steam to cook the vegetables.  Don't overcook them though, they should keep their shape and stay firm.

Stir in some chopped coriander leaves and serve immediately. 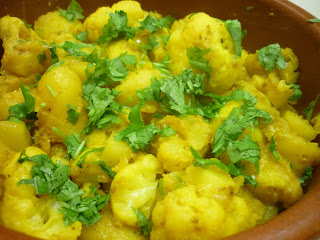