Maybe it’s just me but everywhere I look these days there’s a headline about obesity. Apparently the UK is the fattest nation in Europe and it’s all because we’re eating the wrong food.  Obesity now rivals smoking as the number one public health problem according to a recent BBC Panorama programme which explored the idea of adding a government tax to unhealthy products rather like the tax on cigarettes. The question is would this deter people enough from buying cheap junk food that’s so readily available in our supermarkets today?


Clearly it’s a problem that’s not going to go away and something has to be done before the obesity crisis escalates out of control costing individuals untold misery and the country millions of pounds in healthcare.  In my opinion, taxing unhealthy food would be unlikely to change anything. Like cigarettes, making them more expensive doesn’t necessarily make someone give up smoking.

With the best will in the world, changing a habit takes commitment and discipline but, even more than that, requires an element of self-reflection which can be the hardest part for many people, especially when it comes to losing weight. Discovering where their relationship with food began and understanding how their thoughts and feelings have created the imbalance are essential steps towards making healthier food choices.


Most of us learn how and what to eat from our parents and I’m no exception.  I grew up in the Sixties in a very different world to the one we live in today. Like many women of her generation, my Mum gave up her teaching career to care for the family only returning to part time work when I was in my teens.  She loved to cook and try out new recipes so, every evening, I came home to a freshly prepared two course meal made from scratch with a wide variety of meat, fish and dairy products and plenty of fresh fruit and vegetables.  From an early age, I enjoyed good food and, thanks to my Mum’s creativity, I was eating Mediterranean dishes at home long before most of my friends had even heard of Spaghetti Bolognese.


Without doubt, the habits I learned in childhood around food gave me a healthy foundation on which to build my own parameters.  Three good meals a day were the norm so I never knew what snacking was. Our tuck shop at primary school may have sold potato puffs, jammy dodgers and an assortment of “goodies” yet I felt absolutely no inclination to buy them.  My mind and body didn’t crave them.


My eating habits didn’t change that much during my teenage years but my initiation into food misery was yet to come.  When I went off to college at 18, living in digs proved an education in itself sharing a home with a young family where a child’s tantrums, especially concerning eating, and, in retaliation, a mother’s yelling were a new and shocking experience for me!  My evening meals were included but the food we were given took some adjustment with a typical family Sunday meal being chicken and chips with no vegetables.


In fact, tinned vegetables like butter beans often took the place of the fresh ones I was used to and I hated them.  The contrast from what I was used to eating was considerable and my body responded accordingly. Within a year, I had put on a stone in weight. Once I realised my body was ballooning outwards and it wasn’t just my jeans shrinking, I knew something had to change. I ended the summer term dieting frantically before I returned home for the summer holidays.


From then on, I realised it was up to me to take control of what I ate and make conscious food choices every single day.  It mattered to me so much to stay fit and healthy that this decision was easy.  However many times other people offer us incentives to do something, even financial ones from the government, making a decision to do it for ourselves is the one that counts and that has to come from a place of knowing deep within us.  When we believe the responsibility lies entirely with us, and not elsewhere, our power to change is immense! 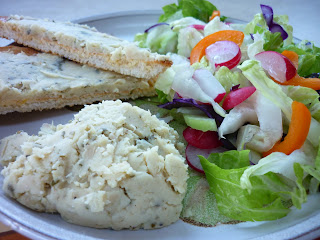 In celebration of tinned butter beans which is something I now keep in my store cupboard (though never eat on their own) here’s a recipe for a
Sage and Lemon Savoury Bean Pâté
which is .... 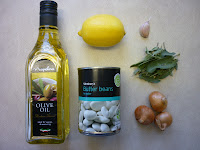 
Peel and chop the shallots, peel and crush the garlic, finely chop the sage leaves and grate the zest of half a lemon.  I do all this on one board and mix them together. 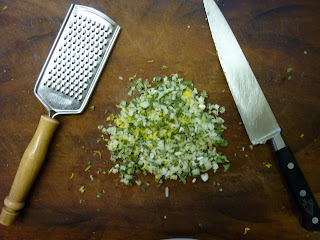 Now heat the olive oil in a frying pan and add the chopped mixture. Fry gently for 5 minutes stirring regularly so it doesn't brown. 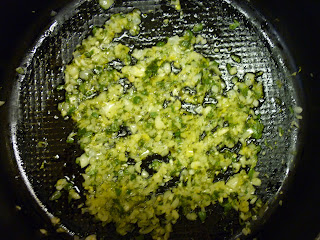 Drain the liquid from the tinned beans into a measuring jug, keeping 100ml and throwing away the remainder.   Add the beans and the reserved liquid to the pan.

Bring to the boil, then cover and simmer for 5 minutes until most of the liquid has disappeared.  Remove the pan from the heat. 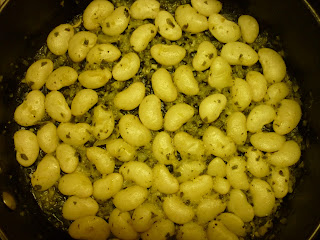 Pour in the juice of half a lemon and some freshly ground salt and pepper.

Using a hand-held blender (a potato masher or fork will do)  blend the mixture till smooth. 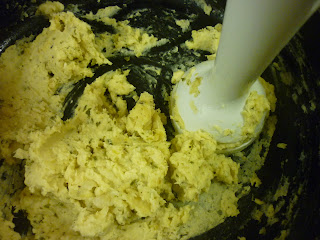 Transfer to a small bowl and cool. 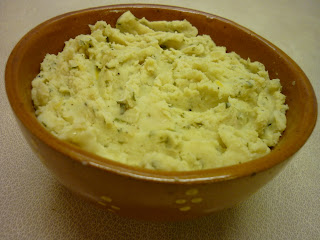 Serve with crusty bread or toast and salad for a simply delicious lunch!